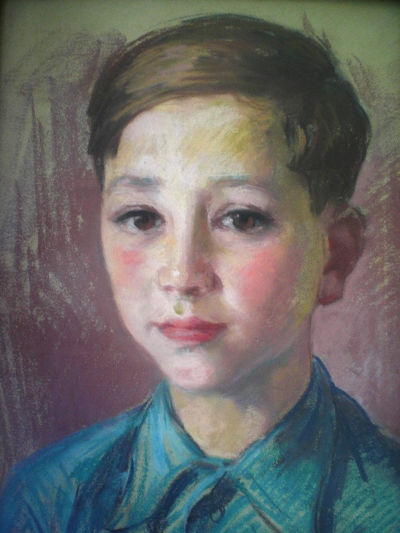 The decoding of the Libyco-Berber inscriptions of the Canary Islands

The first discoveries of this type of inscriptions in the Canary Islands date back to more than 100 years: in 1874, Aquilino Padron described the famous place of discovery Los Letreros/El Hierro. This finding was followed by the exploration of La Caleta, Barranco de Tejeleita and Barranco de Candia. A few years later the inscriptions of Barranco de Balos (Gran Canaria) were discovered. From the very beginning the inscriptions were spontaneously classified as Libyan or Numidian (Faidherbe, 1876; Verneau, 1887), and therefore associated to similar North-African inscriptions. Attempts to decode both did not lack (Zyhlarz, 1950; Delgado, 1964; Militarev, 1988, etc.). The reasons why it has taken more than 100 years for a well established transcription and reading to be offered are the following:

One of the basic reasons for a qualified scepticism in considering the former attempts on transcription, is the unreliability of the examined material. Again and again, old copies were used, which in part differed extremely the one from the other (Fig. 1), without making sure of the real appearance of the inscriptions in situ. Thanks to new field research, we can now prove that many of these series of signs have been published in a wrong or incomplete way. This is primarily caused by the physical condition of the inscriptions: they are (contrary to the opinion of some authors) very old, strongly weathered and overgrown by lichens -frequently one can only use imagination. Moreover, Nowak (1982) showed by the example of Tejeleita (El Hierro), that inventories under different circumstances of insolation lead to different results. A lot of field inspections were necessary during the last few years, to identify those versions with the highest extent of probability.

The third reason for confusion and misunderstanding is the enormous variety of graphically different signs in the Canarian inscriptions: more than 70 distinguishable signs have been documented up to now. Nevertheless it is no syllable-script, but a letter-script. However, to be able to identify different signs as variants of the same pattern, one must understand ehe systematics and logic of the Libyco-Berber script.

The systematics of the Libyco-Berber script

Libyco-Berber is a script-system largely based upon principles of geometry and symmetry. It is impossible to explain the «philosophy» of this script in the necessary brevity of this context. Therefore, here are only some examples.With the exception of a few very rare signs, everything can be deduced from a circle inside a square divided into eight parts:

Selecting among hundreds of possibilities, the more straightforward figures were always preferred as opposed to the more complex ones. Most important for the phonetic assignment, is the realization of under which conditions the rotation of a sign changes the phonetic value.

Also important is the knowledge that different graphic executions of one sign are possible.
Two possibilities of variation can be observed:
— round instead of angular (Fig. 2/3).
— acute-angled instead of right-angled (Fig. 2/4).

By considering these and other basic rules, one can integrate practically all Canarian signs within an alphabet of 19 phonetic elements (Fig. 3).

The Canarian alphabet of the Libyco-Berber script

The successful decoding of the Canarian inscriptions is based upon the thesis that ehe “foundation” of the Canarian alphabet has the same phonetic values as the corresponding signs of the North-African inscriptions. This presumption seemed to be legitimate because, in North Africa, 6 of these signs (for M, T, N, L, R and Y) maintained their value at least for a period of more than 2000 years (from the 3rd century BC to the recent «tifinagh»). All these presumptions subsequently had to be verified both by statistical and context- analysis, i.e. for every sign it had to be proved whether its frequency corresponded with that of the presumed phonetic value; in other words, whether it produced suggestive sound-series in the context of its adjoining signs. The only difficulties arised in the group of signs for gutturals (G, K) and for sibilants (S, Š, Í, Z, Ô, Ż), for which it is not yet possible to make confirmed assessments.

The contents of the inscriptions

Until now one question is totally unsettled: in which language are the Libyco-Berber texts of the Canary Islands written? Certainly their language-statistical structure obviously refers to the field of Libyc and Old-Canarian language(s). A linguistic comparison with the North-African epitaphs showed the not surprising result that in several cases they contain identical personal names. Moreover, there exists the dominating text-structure of North Africa: «A, son of B». For instance, at the rock of La Caleta (El Hierro) (Fig. 4), near the coast, two sons of a man called KSN have obviously perpetuated their memory. The personal name KSN is established as well in Libyco-Berber (KSN-RIL 719) as in Latin (ACASAN - CIL VIII 16922) inscriptions. The different signs for K in the otherwise identical lines are a strong indication of the correctness of the thesis «round = angular» (see above). Of course, these realizations are also valid for the inscriptions lately found at Lanzarote (Ulbrich, 1991) andFuerteventura (Pichler, 1993), e.g. the line of signs TKNT carved on Morro de Montana Blanca (Fuerteventura) corresponds with the North-African personal name TKNT (RIL 444).

The thesis of a close relationship between the Libyco-Berber and the «Latino-Canarian» inscriptions, already defined in 1994 for the island of Fuerteventura, has, in the meantime, been further enforced through powers of persuasion; not only in the sense that in both complexes of inscriptions there appears to be identical personal names (Libyco-Berber: MSWN -Latin: MASUN. North-African equivalents: MSWN, RIL 631 -MASUNA, GIL VIII 9835), but also in the presumption that both kinds of inscriptions can be attributed to the same group of population, in some cases even to the same writer: some panels with immediately adjoining inscriptions of both types were identified as bilinguals!

The most convincing example originates from Cuchillete de Buenavista (Fuerteventura) (Fig. 5): the beforehand hypothetical transcription of the vertical Libyco-Berber line as W-MKRN, corresponds totally - if one adds the vowels - with the Latin line AU-MAKURAN. For ehe personal name MAKURAN, you can find equivalents in all comparable languages and scripts (Pichler, 1994:172f).

Of course, the presence of North-African names does not yet prove the existence of ehe (antique) Libyc language. Therefore the most exciting question coming from the analysis of the extremely short inscriptions, is as follows: are the personal names at least supplemented by short, recurring phrases, which allow conclusions on the used language?

Up to now, unfortunately, only a few confirmations of this exist. The initial phrase, most current in Afroasiatic languages, consists of placing the word «I» in front of the writer's name: this custom was carried forward obviously in North Africa to the present day, as numerous recent tifinagh-inscriptions of the Sahara start with the phrase W NK = AWA NEK = «this (is) me» or only NK = «I» (Trost, 1981). In fact, it is exceedingly tempting to assume this phrase in some of the Canarian inscriptions, as well e.g. in the line NK-W-SL from La Caleta (El Hierro): «I, son of SL». SL is proved to be a personal name in some North-African inscriptions (RIL 443 etc.), W-SL is corresponding with the Latino-Canarian inscription UA- SEL found at Morro Pinacho (Fuerteventura).

We still have far too little basic material, however, to verify such detailed questions. We can only hope that the numerous announced, but not published, new discoveries (above all from Gran Canaria) contain arguments for the presumption defined above.

One chapter of the history of colonization of the Canary Islands becomes ever more apparent.Just as it was already assumed after having decoded the «Latino-Canarian» inscriptions, everything now indicates that in the time about Jesus Christ's birth, a group of romanized Berbers populated the islands of the Canarian Archipelago. They obviously had command of two alphabets, and consequently the image - distorted by the Romans (Berbers = barbarians) - must be corrected. Therefore, the history of the Canary Islands - in the sense of a literal culture - does not start with the «conquista», but more than 1000 years before. Being able to read both types of inscriptions now, the linguists for the first time have at their disposal authentic personal names from the Canarian Archipelago, from the time around Jesus Christ's birth.

Fig. 2. Examples for the systematics of the Libyco-Berber script.

Fig. 3. The Canarian alphabet of the Libyco-Berber script